England declared war on the 4th August 1914. By the 18th the Recruiting Officers were in St Osyth. During the period of the war over 200 St Osyth men enlisted – equivalent to 41% of the male population. Mrs Cowley closed the Priory down and sent all the staff to Colchester to enlist. 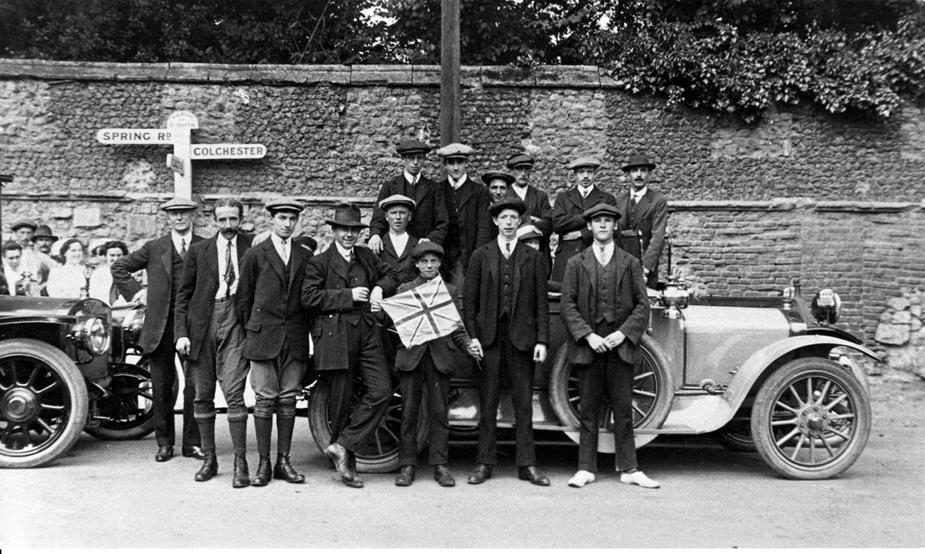 But the village was not to remain quiet for long for the First Devon Royal Yeomanry were billeted at the village. The Officers took over the main Priory building, the troops slept under canvas and later in wooden barracks. Their horses also had to be accommodated and were stabled at various locations throughout the village.

Women had to take over many of the jobs left vacant by the fighting men. Other women went into the Land Army and were sent to work wherever help was required. Maddles and Peggy Norman who lived in St Osyth were sent to a large estate in Herefordshire to work. Working in the Land Army was back breaking with long hours and often difficult conditions. Nearly 100,000 women worked in the Land Army during WW1 and this kept enough food on plates to enable Britain to survive the war.

In September 1915 the Devons were sent overseas but by November they had been replaced by the Gloucester and Worcester Regiment and they in turn were later replaced by the 25th Provisional Battalion.

In 1916 the women were called on yet again to join the Army Service Corps. Their main task was to look after the thousands of army horses stabled around the area. Many women also enrolled in the War Effort Group and any spare time was spent in the Johnston Institute making bandages, surgeons’ masks, flannels and specialised dressings for severe wounds.

As the war ground on people ‘back at home’ had to suffer more and more deprivations, but because of their wonderful efforts and the incredible sacrifices of our troops the war was won.