Prior to the start of the Neolithic Period (New Stone Age) the population of Britain had been mainly hunter gathers living off wild animals, berries, seeds, grains and nuts. But during the Neolithic humans started clearing forests for domestic crops and domesticating animals such as pigs and oxen. This led to a more settled existence and the creation of more permanent dwellings.

The Bronze Age saw the use of bronze for tools and ploughs led to more efficient farming and a greater variety of crops including wheat, millet and barley.

Tougher tools were introduced during the Iron Age leading to greater efficiency. This enabled one family to produce more crops than they needed, so storage and trading of crops for manufactured goods became more common. Drainage ditches were also introduced around fields to improve the soil condition.

At this time agriculture was the main industry with over 80% of the population involved.

Much evidence of the early times was found when an archaeological dig at Lodge Farm St Osyth. Between 2000 and 2003 the dig took place prior to the extraction of gravel and construction of an agricultural reservoir.

The archaeologists discovered a sequence of features covering many periods including:

An Early Neolithic Enclosure with 100 pits

A Middle Bronze Age Barrow Group with pits and ditches

Cropmarks suggest that there are many other uninvestigated features nearby. Today the reservoir is used for crop irrigation and angling.

The dig proved that human activity had been taking place in St Osyth for over 8000 years and almost certainly much longer. This is backed up by various finds at other locations across St Osyth and Clacton. 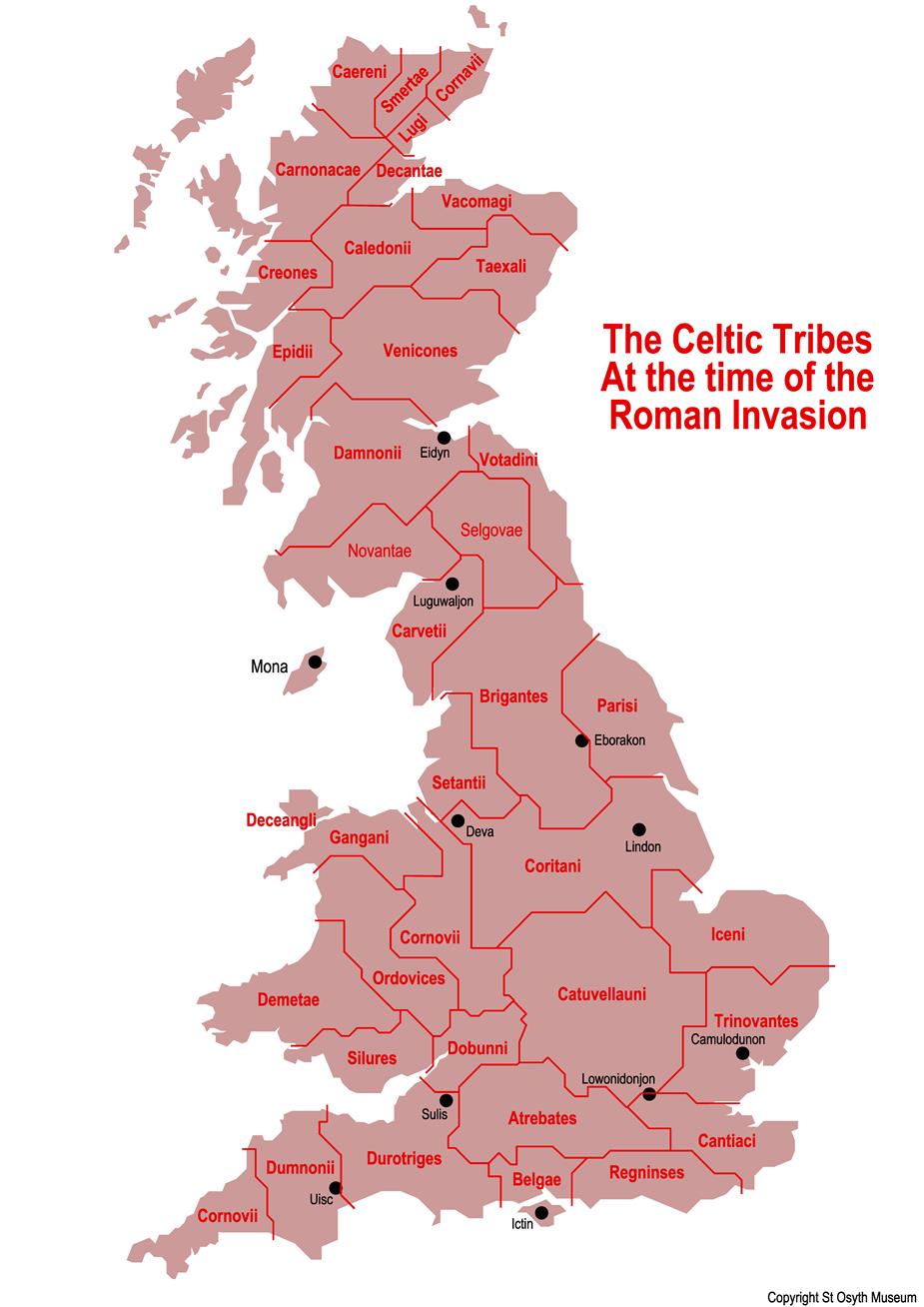 The ancient British Celtic tribe the Trinovantes inhabited Essex and South Suffolk during the Iron Age from about 600 bce until a few years before the first Roman Invasion.

The Trinovantian Prince, Mandubracius was then driven out by Cassivellaunus, the King of the neighbouring Celtic tribe the Catevellauni. It was the Catevellauni that the Romans later defeated at Colchester.

Celtic Tribes before the Romans