Following the final departure of the Romans from Britain (about 450ce) a long series of raids and invasions took place. Saxons and Angles from North Germany and the Netherlands and Jutes from Denmark all settled in the now unprotected England. 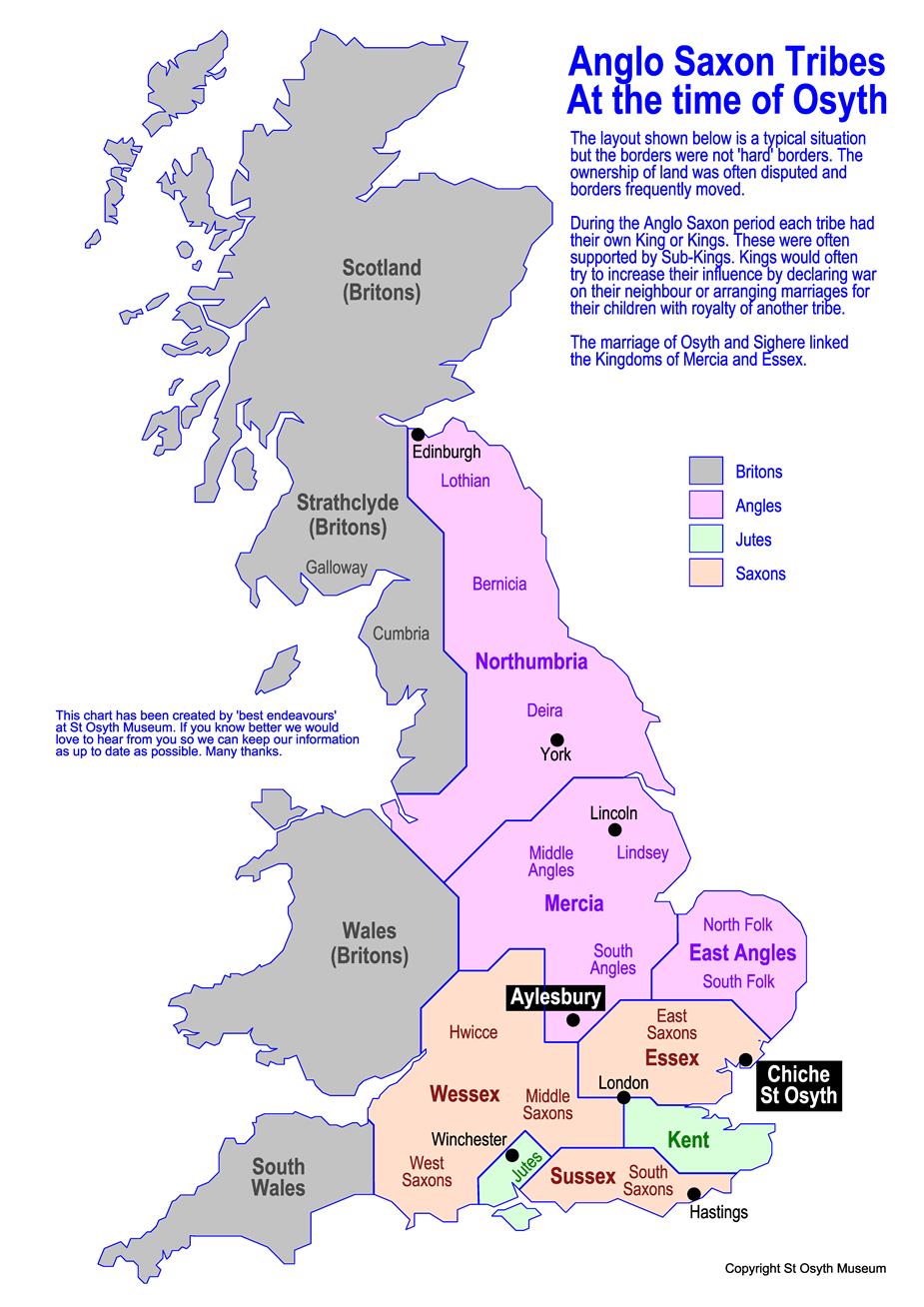 The Venerable Bede, a 7th century monk and “Father of English History”, tells us that the Angles settled in East Anglia and North East England, the Saxons settled in Essex (East Saxons), Middlesex (Middle Saxons), Sussex (South Saxons) and Wessex (West Saxons). The Jutes occupied Kent, Hampshire and the Isle of Wight.

Viking raids began about 695 and continued until William the Conqueror invaded in 1066. Vikings were Pagan Norsemen from Scandinavia but had settled all along the continental North Sea coast even as far as Normandy.

Legend has it that Osyth was beheaded by Viking raiders because she refused to worship their Pagan Gods. It is claimed she then picked up her head and walked to the Chapel door where she knocked three times and collapsed.

Map of Anglo Saxon Tribes at the Time of St Osyth