Flood – the Battle with the Sea

The low lying reclaimed marshland that lies around St Osyth attracts birds all year round, boat owners for much of the year and holiday makers in the warmer weather. They come to enjoy the sea, beaches land and history. But the sea is not always a benign supplier of lovely views and holiday fun.

On the night of the 31st January – 1st February 1953 a disastrous North Sea Surge struck the Essex Coast.

All the low lying reclaimed marshes were inundated, and the sea defences were breached time and again as the sea took back the land it once used.

Whatever lay in the path of the surge was inundated. Sadly it cost the lives of many people including 36 in Jaywick and 2 in Point Clear. In Essex 119 people lost their lives that night. 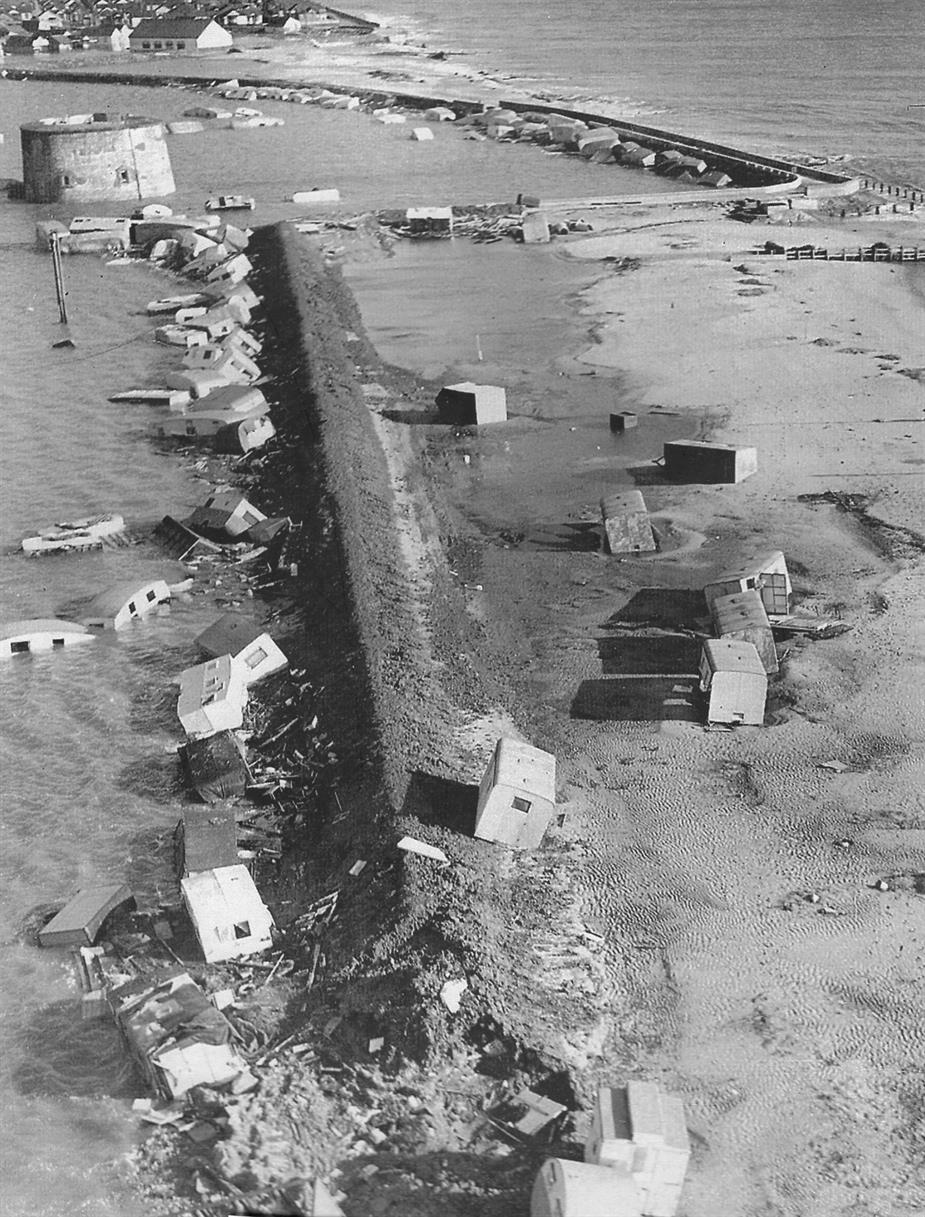 This event was not a 'one-off'. Storms and flooding have plagued the low-lying coastal areas for centuries and owing to global warming similar storms are likely to become more frequent and more violent.

The number of people occupying premises within the former marshlands has increased dramatically since the 1953 flood. At Jaywick Sands, St Osyth Beach, Leewick and Point Clear holiday homes proliferate and some are used for all year round accommodation.

The Authorities and Holiday Parks ban or discourage winter use the emergency services operate a precautionary evacuation policy to keep people safe when tides threaten.