Trevor Osben is not a name that springs to mind when thinking about the unusual achievements of St Osyth residents. Yet he undertook a remarkable circumnavigation of the world in a homemade yacht. 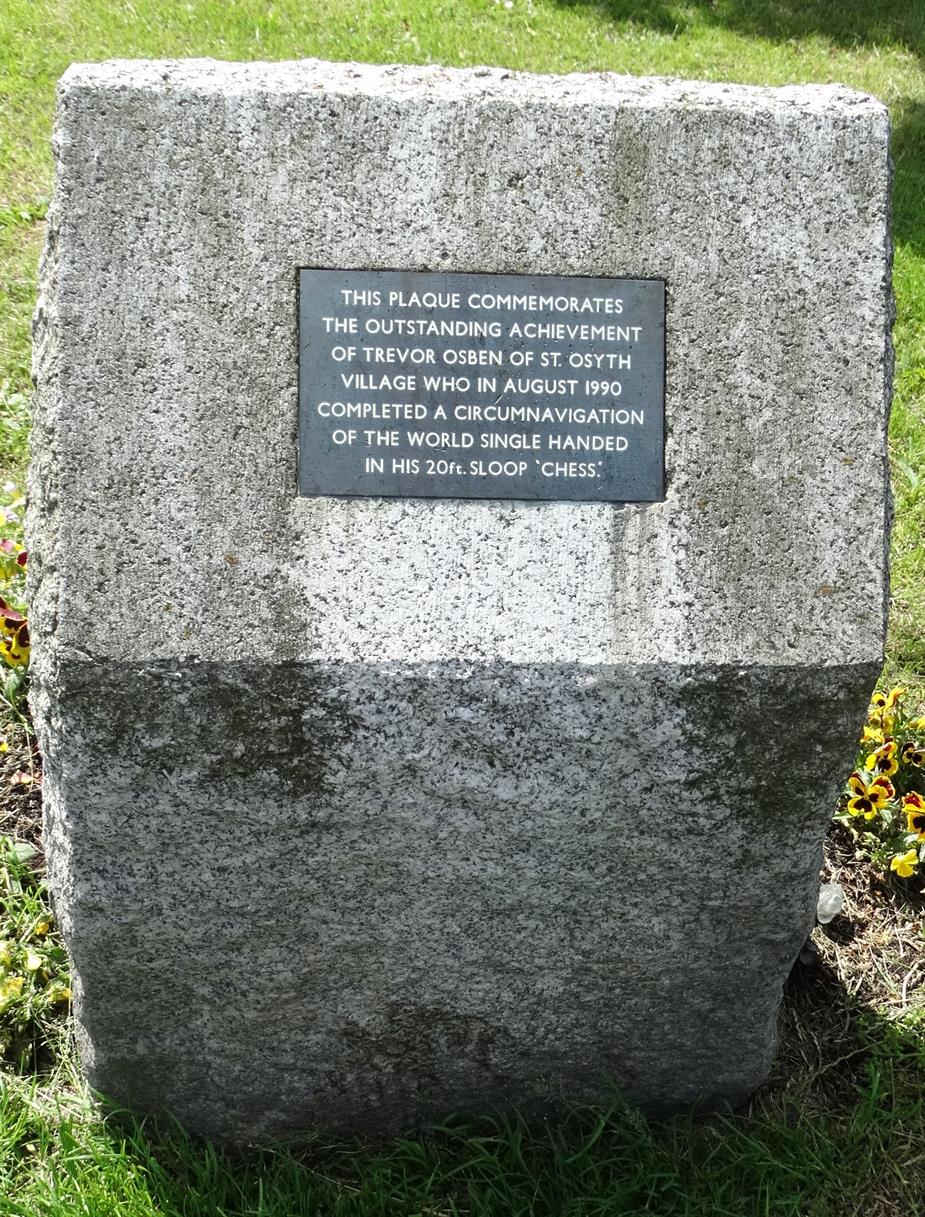 Trevor built Chess, a twenty foot plywood boat in the front garden of his house and launched her in 1984. An evening course in Yachtmaster Theory and teaching himself how to sail on Chess was the preparation for his epic single handed voyage.

In June 1986 he set sail but he did not intend to sail round the world but simply go to warmer climes. Yet four years later he arrived back in Brightlingsea having miraculously completed a circuit of the earth. Despite all the bad weather nature could throw at him and despite being dismasted three times and despite being rolled over through 360 degrees he survived the gruelling journey.

For his efforts he was awarded the prestigious Ocean Cruising Club Award of Merit.

After returning to England he was unable to find a job so spent time refitting Chess. He thought his chances of employment may be better in South Africa so on 25th October 1991 he left Falmouth heading for South Africa via Madeira. But he never arrived at either of those places. A search was called off on 9th December 1991.