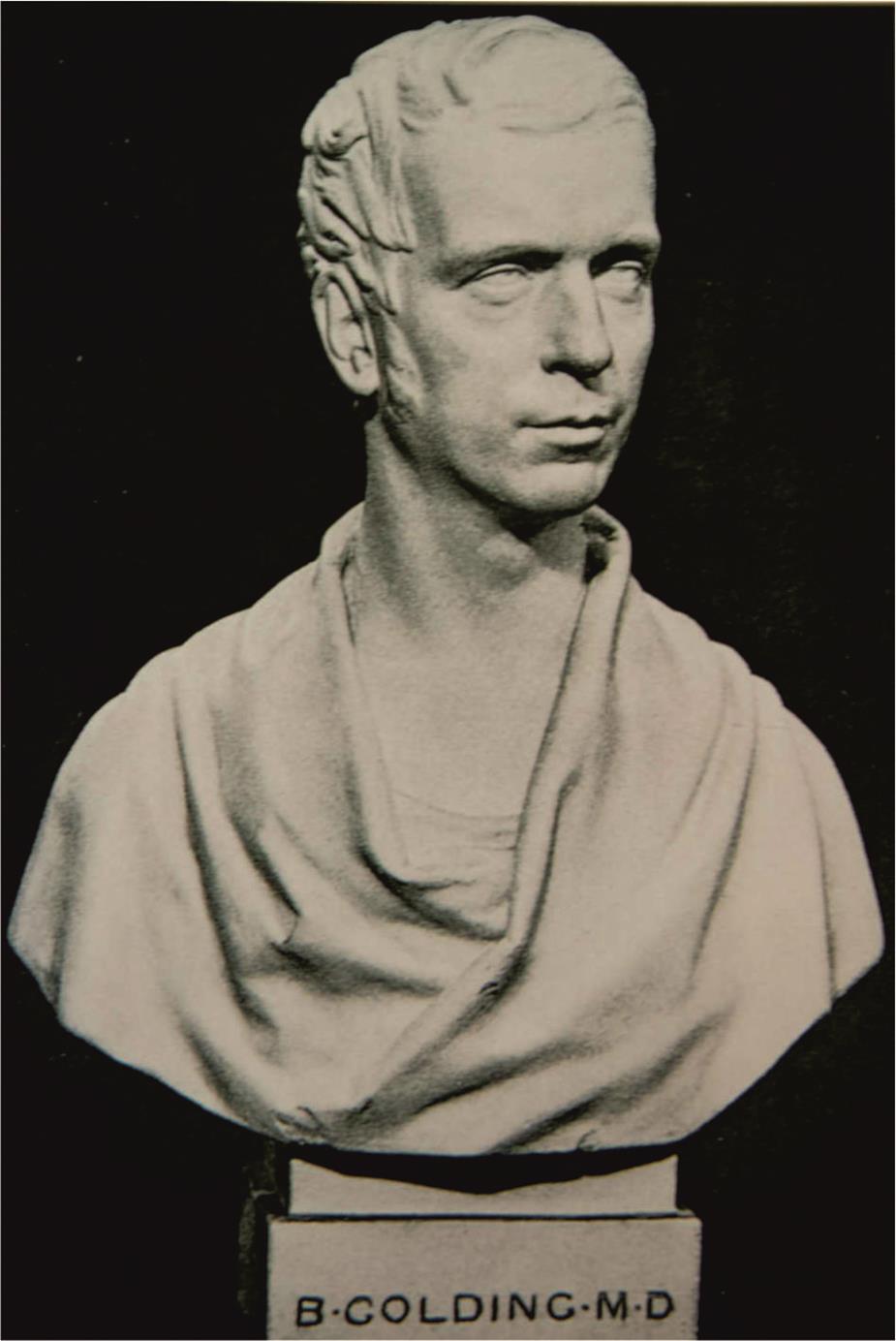 Benjamin Golding was born in St Osyth in 1793, the youngest of 16 children. His father was a Tanner and the Golding Family lived at Lamb Farm. Half of his siblings died in infancy and this may have been the spur for him to travel to Edinburgh at the age of 18 to study medicine. After two years he moved to London and continued studying at St Thomas’s Hospital.

During his studies he opened two rooms in his home at Leicester Place to treat the poor and destitute of which there were many in the surrounding area. It was in 1818 that he opened a hospital for the destitute at 16 Suffolk Street and later moved to premises in Villiers Street. Benjamin was not only a good doctor but also an astute businessman with a flair for fundraising. His ambition for a first class teaching hospital began with the laying of a foundation stone for a brand new building in King William Street in 1831. 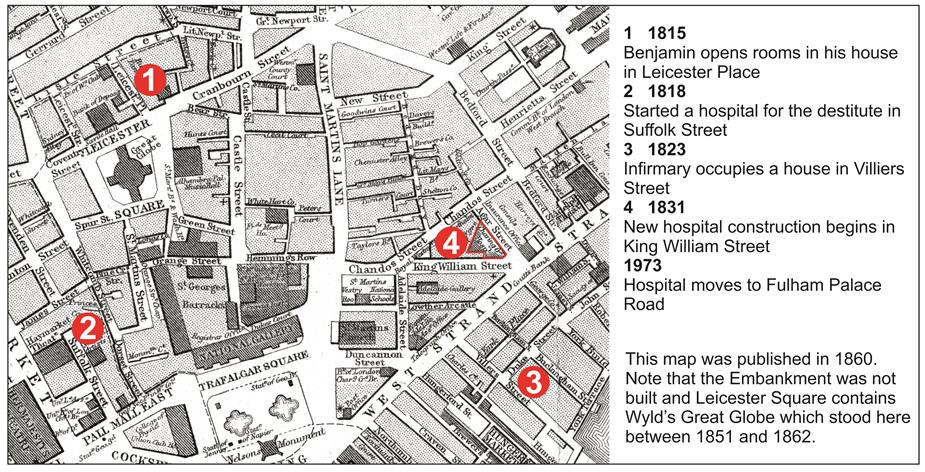 The premises were to expand over the years eventually occupying the whole island site between Chandos Street, King William Street and Agar Street. The hospital moved to Fulham Palace Road in 1973

His immense workload led to Benjamin having a stroke at the age of 47. But he was to remain Director of the Hospital for a further 15 years. 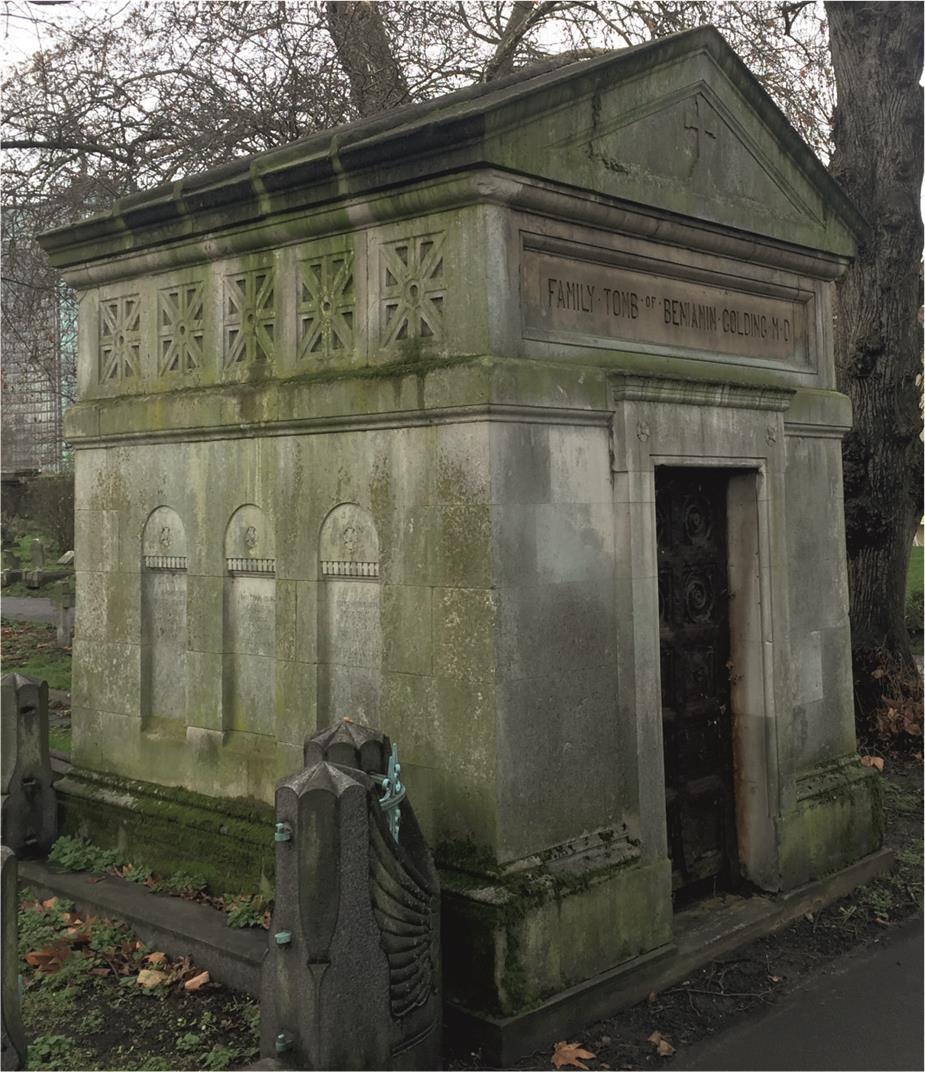 He died in June 1863 and was buried in a grade 2 listed building in Brompton Cemetery with several of his children who had predeceased him.

It is said that medical students still visit his grave to thank Benjamin Golding and their tutors.