I don’t suppose many people will remember Joe. He was born in 1912 into a very poor family in St Osyth. His mother died when he was eight and his father died when Joe was twelve. None of his extended family could cope with another mouth to feed, so it was decided to send Joe to the Tendring Boys Home. 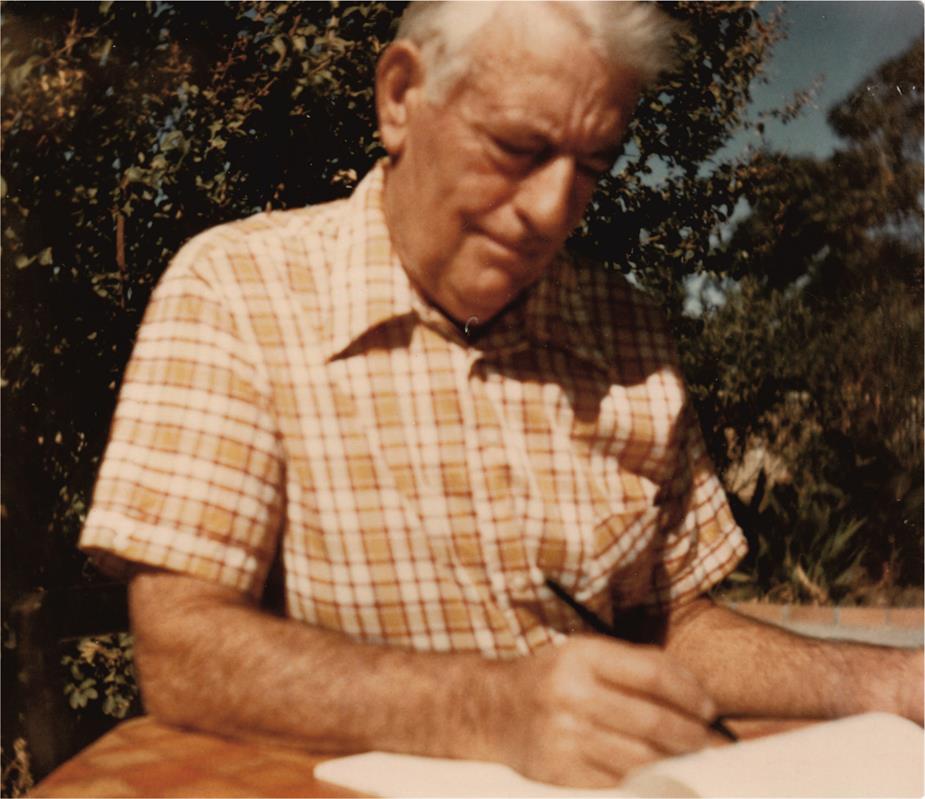 Joe found the spartan conditions of the Boys Home quite acceptable when compared to the poverty of his former home life. But his life was to change again. Barnardo’s were shipping children out to what were then British Colonies. Joe had to choose between Canada and Australia. He loved the sun so he chose Australia.

At the age of 14 he found himself in a small Australian village called Boggabri in New South Wales. He was set to work on a Farm near Wean, a Farm Joe would end up buying some years later. He joined the Australian Imperial Force (The Australian Army) in 1940 and served in Singapore until it fell to the Japanese when he was captured. For three and a half years he was a prisoner of war and spent eighteen months in the notorious Changi Prisoner of War Camp.

The day Joe got out of the camp he did not want to leave as the Americans were bombing the area and he knew they would not bomb a POW camp. After the war he returned to the Farm and was joined by his brother Wal, a very cantankerous and bad tempered man. Joe later wrote in a letter that they did not have one happy day during the entire 36 years they lived together.

In 1982 Joe published a book of poems 'Verse or Worse' which explored his life experiences. What should have been a celebration of triumph over adversity actually brought an immense amount of criticism for his portrayal of life in Changi Camp. He said it was one of the better camps to be in – even though he lost 3 stone during his time there. What his base line for comparison could have been this time we don’t know. Could it have been once again his poor childhood in St Osyth?

The last information we have in the Museum on Joe is part of a letter he wrote explaining that his brother had died and Joe had found a woman with whom he was hoping he could persuade to move in with him.

Between 1920 and 1967 130,000 children were sent to the former colonies. Invariably the children were from deprived backgrounds and in social or charity care. The programme was organised by Charities, Churches and Local and National Government. For some of the children it did not turn out to be the promised opportunity but a life of hard labour and abuse. The Australian and British Governments, the Charities and the Churches have since apologised for their parts in these events.