The current parish Church was started at the same time as the work on the Priory (1118) and the fortunes of the two buildings were closely linked. There is documentary evidence that there may have been an earlier Saxon Church on the site but no trace of this has been found. 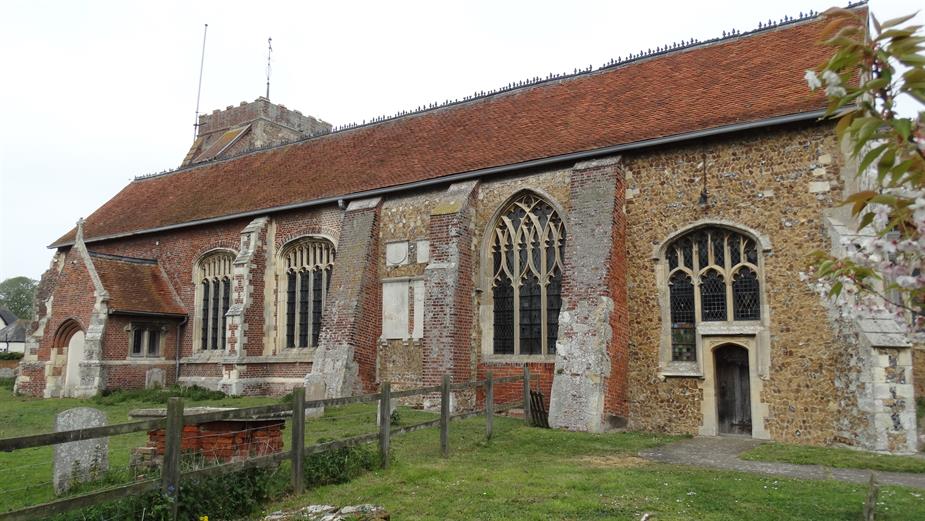 Little is left of the 12th century church just a pilaster, some moulding and a circular ‘window’ in the west wall. In the 13th century major works included building the Chancel and Transepts (2 bays wide and 2 bays deep).

The Tower is 14th century with 18th century changes and added buttresses. It houses seven bells some of which are dated 1663. Further major work was undertaken to the church in the 1530s when the Nave and Aisles were demolished. The Nave was widened and fine Tudor brick piers built to support the hammer-beam roof. The north aisle was narrowed to fit the old roof from the nave. 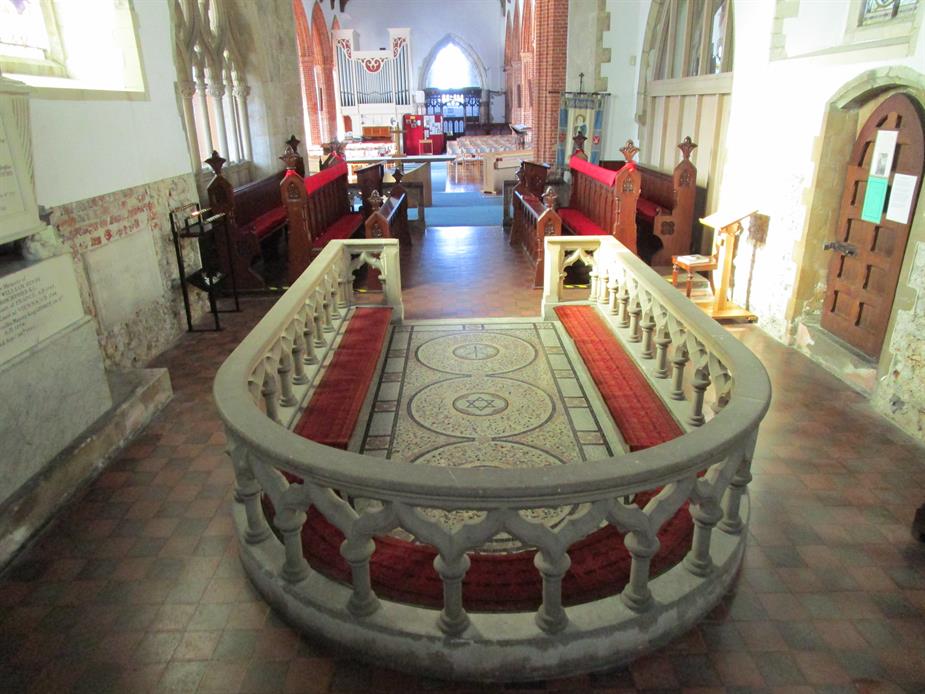 At the time of the Dissolution of the Monasteries the Parish Church was still being enlarged but because the support from the Abbey suddenly stopped, the work on the church had to stop. This left the alterations unfinished and today the altered Nave is still misaligned with the unaltered Chancel.

There are fine monuments with reclining effigies to the 1st and second Lord Darcys who died in 1558 and 1581. Also the Church has a fine early font and an unusual 19th century stone Communion Rail. The two window memorials to St Osyth are also of note. 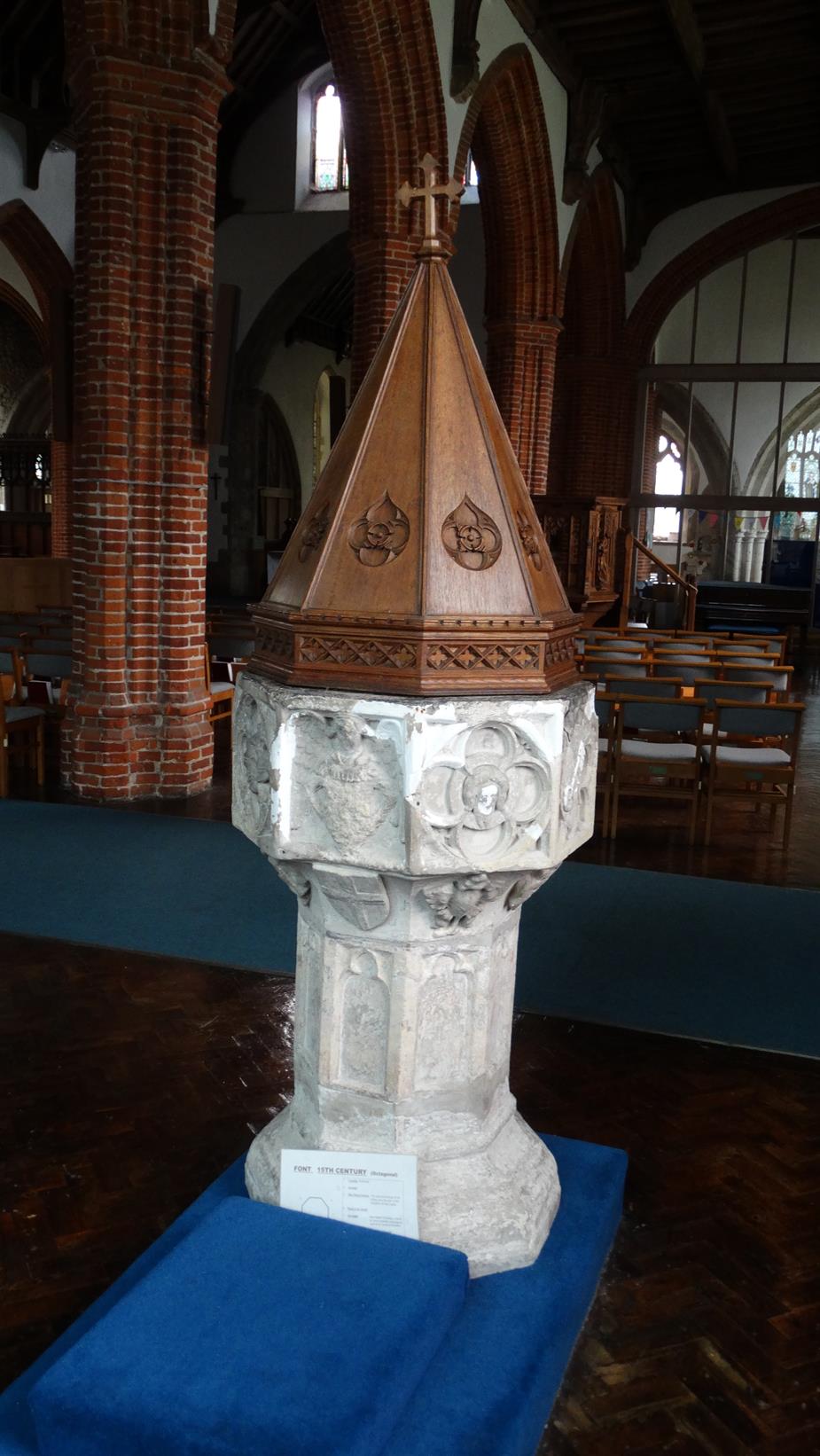 As with the Priory buildings, it is a test of architectural knowledge to look at the Parish Church of St Peter and St Paul and try to work out which part was built when.