500 years ago the imposing Abbey Church in St Osyth would have dominated the village and overshadowed the Parish Church. 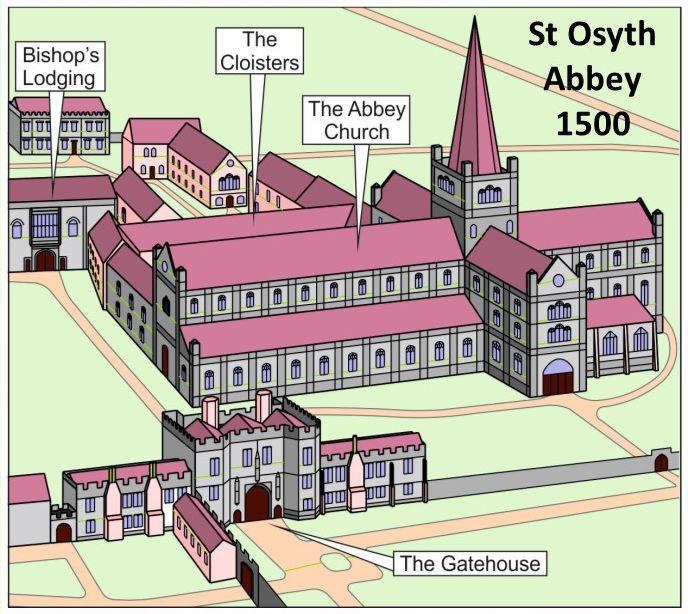 But today there is nothing left of it at all. So what happened to it?

The dissolution of the Monasteries in 1539 saw the Abbey closed, its assets stripped and eventually sold. Lord Darcy purchased the Priory and began to turn the buildings into a grand country house. The Abbey Church was no longer required and so was demolished. Only a part of the cloisters remain hidden among the current Priory buildings.

As the materials which were used in the construction of the Abbey Church were of good quality and as stone is not sourced locally, it had to be transported at great expense. The materials were much too good to waste and so were reused in other buildings on the Priory site and in the village. But the Abbey Church would have contained much more stone than is obvious in the village some must have been shipped further afield.

Fine shaped stone blocks can be seen today in the random walling of the Priory Wall. A perfectly carved cylindrical pillar can be seen end on in the Priory Wall in Mill Street. Other buildings in the village have recycled stones in their cellars and walls.