In 1108 Richard de Belmeis was appointed Bishop of London and was tasked with continuing the rebuilding of St Pauls Cathedral Church in London. The old wooden St Pauls had been destroyed by fire in 1087 and rebuilding had been very slow. Richard provided the impetus for the work to be continued. 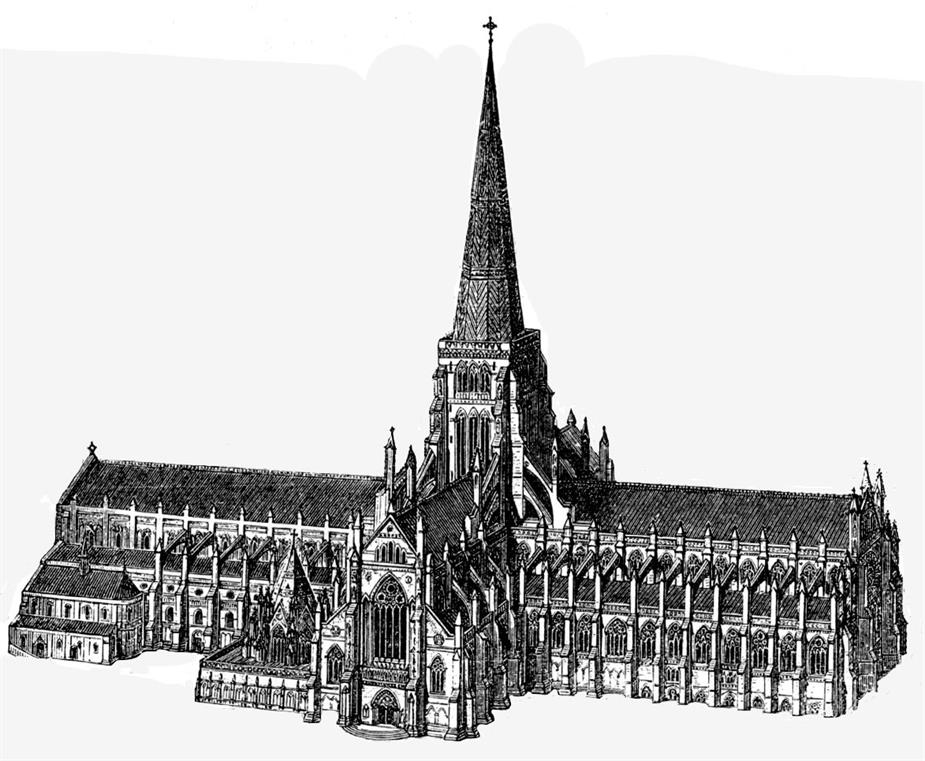 However Richard’s health was deteriorating and he was worried by the Leprosy rife in London. He decided to retire to the countryside. This he did but immediately took on the project of building a Priory in the village of Chiche. At the same time the Parish Church was also built.

Henry 1st gave lands for the project and many wealthy landowners followed suit. Work started in 1118. Richard was joined by 12 other Augustinian monks along with their Artificers. Together with the help of the local population the Priory was quickly built. The Priory was dedicated to St Osyth, St Mary and the Blessed Apostles Peter and Paul.

Richard appointed William de Corbeuil as Prior but in 1123 he left to become the Archbishop of Canterbury. Richard’s health continued to deteriorate and in 1127 he died. He is buried somewhere in the Priory grounds. 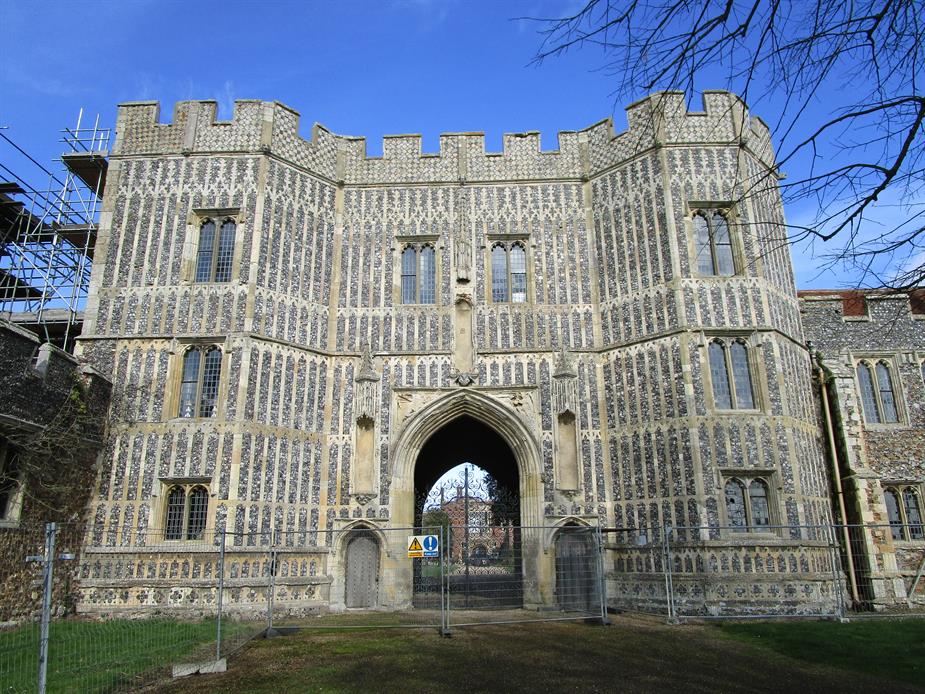 The Priory soon became an Abbey and also very wealthy. For the next 420 years the village came to rely on the Abbey for employment, education and care. The Abbey owned much land and took a tithe from the tenants, normally a tenth of the produce of the land.

At times the Abbey was known for its devout Canons but at other times the brothers got themselves into trouble, one being burned at the stake at St Pauls London for his sins.

The Abbey had been granted many lands and parishes in Essex and Suffolk and became very wealthy. But the end came with the dissolution of the monasteries under Henry VIII. The Abbey and its wealth was ceded to the Crown in 1539. 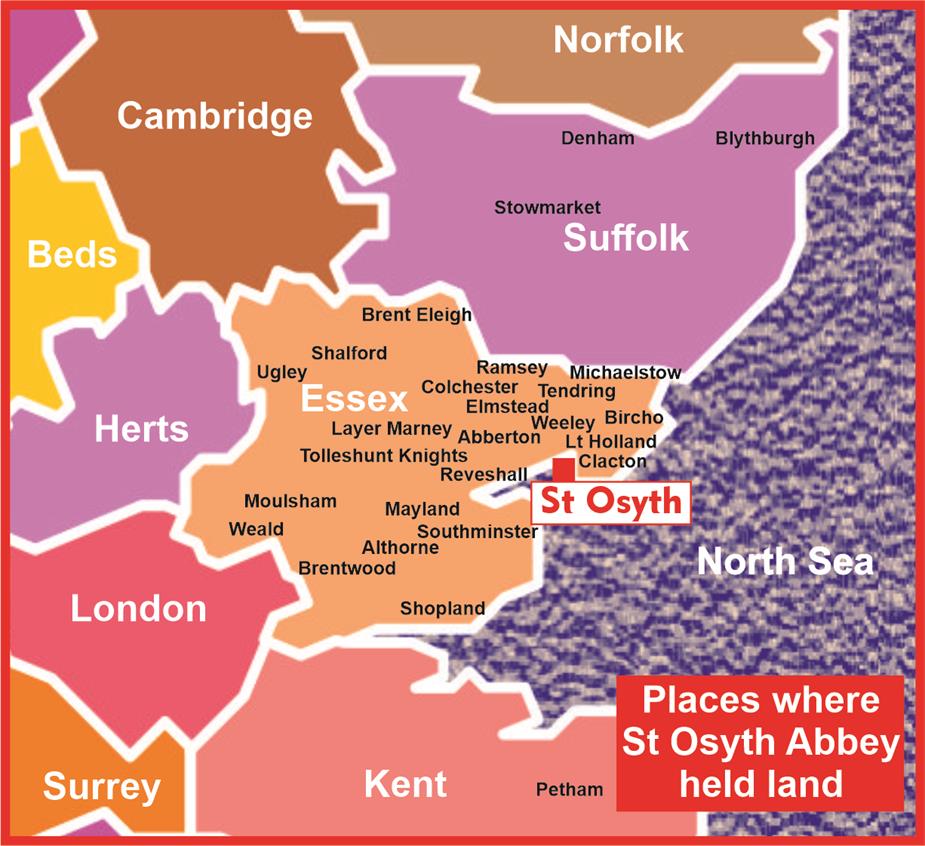 The Abbey was given to Thomas Cromwell – Henry VIII’s right hand man – for his services to the King. However, Thomas fell out of favour with the King and exactly one year after being awarded St Osyth Priory Thomas was executed. The Abbey passed to Princess Mary for her use until marriage or death. But before either of those events happened it was bought by Thomas Darcy.

Work began immediately to turn an Abbey into a grand country house. Down came the large Abbey Church and new fashionable red brick buildings were added.

For the next 300 years the Priory was to be passed down an irregular family line with occasional help from villagers. During this time the priory was to be home to many influential people and many characters too.

At the time of the Civil War, the Priory was attacked and ransacked by a protestant mob from Colchester. The Royalist Catholic owner of the Priory - Elizabeth Savage - fled to Long Melford Hall but the mob was to follow her and ransack the Hall as well. Elizabeth was to end up in debtor’s prison in London.

Eventually the family line ended in a disputed death, controversy and a legal challenge. The Priory was then sold many times over the next 150 years until today when it is owned by the Sargeant family.

Owners of the Priory since the Dissolution