In 1484 witchcraft was considered a heresy and was denounced by Pope Innocent VIII. It was made a capital offence in Britain in 1563. Between 1563 and 1750 about 200,000 witches were tortured, burned or hanged in Western Europe.

Those accused of being witches were normally poor elderly women and should these women own a cat then this was considered to be proof of witchcraft. It was claimed witches nearly always had a familiar - a demon usually in the form of an animal.

When Queen Elizabeth I stopped over at The Priory in 1579, she assembled the local Justices of the Peace and chastised them for failing to prosecute witches.

In 1582 fourteen women from St Osyth were put on trial in Chelmsford accused of witchcraft. The first to be accused was Ursula Kempe. Ursula was a poor woman who struggled to make a living as a nursemaid and midwife. Ursula had cured young Davy Thurlowe of illness, but she was annoyed when his mother, Grace, refused to use her as her new daughter's nursemaid. Later Grace's daughter fell out of bed and broke her neck and suspicion fell upon Ursula.

A further dispute saw Ursula being reported to the authorities and she was sent for trial in Chelmsford accused of Witchcraft. 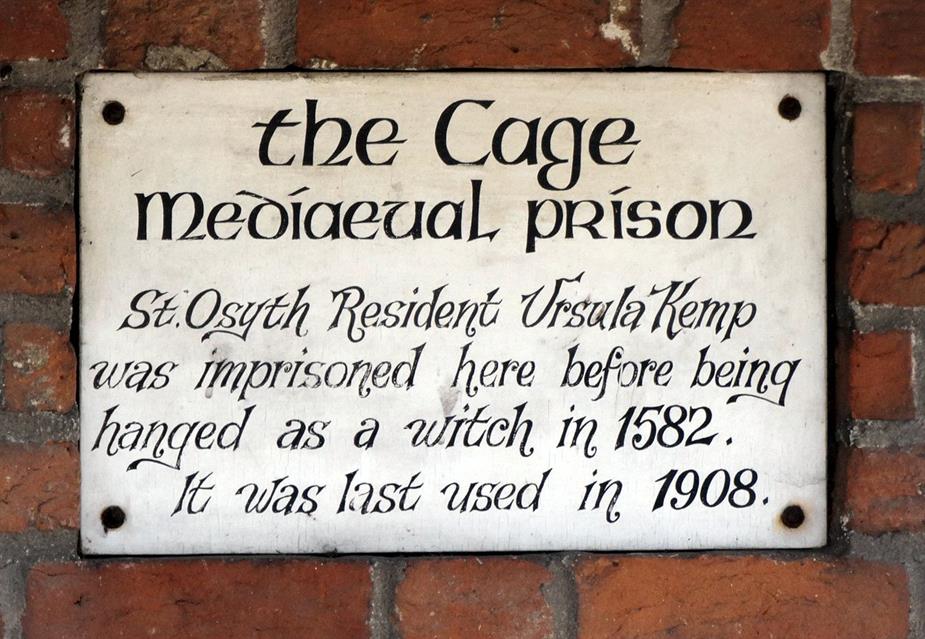 Whilst awaiting trial it is said that Ursula Kempe was imprisoned in the Cage in St Osyth. Today it forms part of a private house in Colchester Road but it has been the subject of television programmes and much speculation over hauntings.

At the trial the judge Bryan Darcy from St Clere’s Hall, persuaded Ursula's eight year old son to testify against her. Darcy also persuaded Ursula that he would show clemency if she confessed, so she did. She also confessed to having four familiars, two cats, a toad and a lamb. The lamb was blamed for the death of the Thurlowe baby. Darcy however despite his promises showed no mercy whatsoever and condemned Ursula to death. 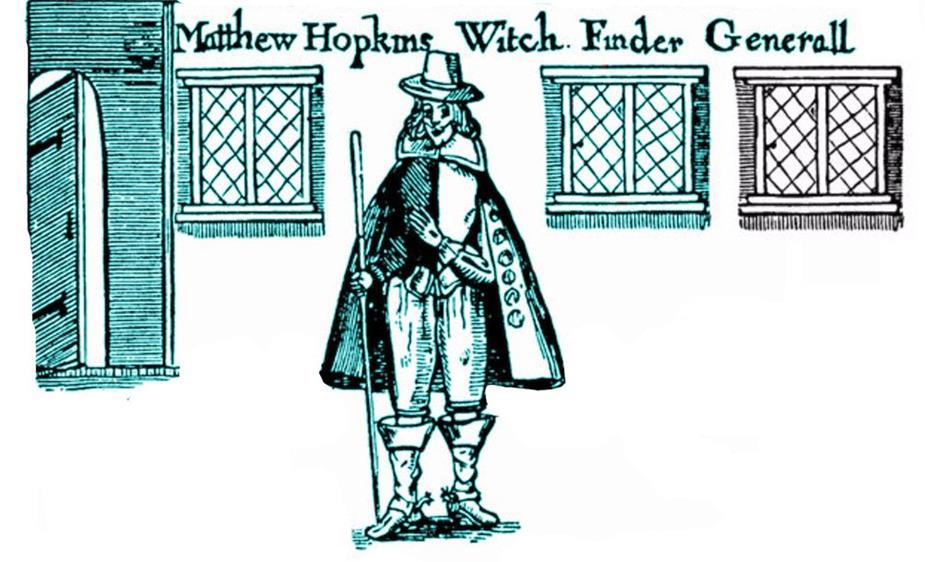 Between 1644 and 1647 East Anglia was subjected to a massive Witch Hunt. The Strict Puritan Preachers were quick to denounce the Catholics as witches. In this climate of hate the self-styled Witchfinder General, Matthew Hopkins, exploited the divisions.

Mathew Hopkins was responsible for the deaths of 300 people. 68 people were put to death in Bury St Edmunds alone. 19 people in Chelmsford were hanged for witchcraft in one day including 2 from St Osyth.

In 1647 Matthew Hopkins wrote a book explaining his gruesome methods for determining if someone was a witch. These methods were later used around the world and even quoted at the Salem Witch Trials in America in 1692.