To start the story of the land which is now Martin’s Farm Country Park we must travel back half a million years when England was still connected to continental Europe. The ‘old’ River Thames was longer, wider and flowed over St Osyth and Martin’s Farm.

The River started in the Welsh Hills, flowed through central England to St Osyth and then continued on to join The Rhine in what is now the English Channel. On its way the River eroded, transported and then deposited vast amounts of sand and gravel. St Osyth was an area where sand and gravel were deposited.

However during the Anglian Glaciation 480,000 years ago the River Thames was blocked and rerouted by ice, causing it to find a new path to the sea.

For hundreds of thousands of years the Martin’s Farm gravel was buried just beneath the surface while humans and farming slowly evolved above. 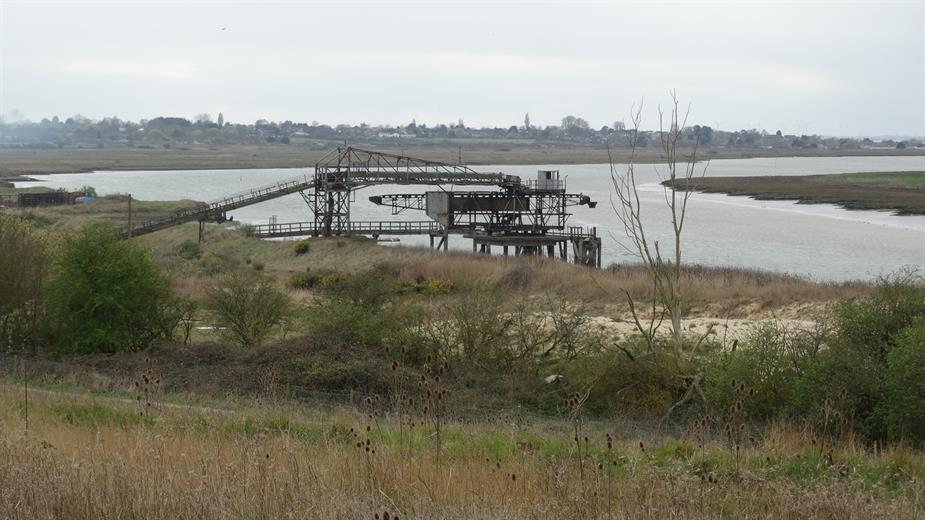 As demand increased for new homes, factories and roads, that attention turned to the vast deposits of sand, gravel and clay that lay beneath St Osyth. Extraction continued for decades leaving giant holes in the landscape.

But the holes would not last for long! Modern society was creating massive amounts of household and industrial waste and so Martin’s Farm gravel pits became Landfill Sites. Thousands of tons of waste was imported and sealed into the ground using a special tough membrane.

But when waste decomposes it produces various gases, the main gases being methane and carbon dioxide. Both of these gases are contributors to global warming with Methane being 25 times more damaging than Carbon Dioxide.

So Martin’s Farm has a gas collection system of wells and pipes. The gas is then cleaned and used to drive a small on site electricity generating station.

Above the landfill the land has been restored and replanted, turning it into a Country Park with views of Flag Creek for all to enjoy. Only the occasional vent, or short stretch of pipework gives a clue to what lies below.